Number of peoples have heard or tried a red banana, which is sweeter than the regular yellow banana which is on your daily menu. Because many of us is eager to try and taste new fruit, so maybe it is time to make a change and choose and buy red bananas this time. Bananas are the world’s most consumed fruit which is an extremely fascinating fact. But did you know that the “banana tree” is not actually a tree? It’s the world’s largest herb. Well, very interesting Red bananas, is also recognized as “Red Dacca bananas” in Australia, and variety of banana with reddish-purple skin. Though, they’re smaller and plumper than the common Cavendish banana.

When these bananas are ripe raw red bananas have a flesh that is cream to light pink in color. Moreover, they’re also softer and sweeter than the yellow Cavendish varieties, with a minor mango flavor. Though, several red bananas are imported from East Africa, Asia and South America. They’re favorite’s in Central America but are sold throughout the world. The Red banana is a triploid cultivar of the wild banana Musa acuminata, belonging to the Cavendish group. The potassium in red bananas is essential for proper function of the heart muscle and the digestive system. Red bananas reduce the risk of heart disease and diabetes type 2.

There’s no difference in eaten way of Red bananas, as in the same way as yellow bananas, by peeling the fruit before eating. They’re normally eaten raw, whole or chopped, and added to desserts and fruit salads, but can also be baked, fried and toasted. Red bananas are also commonly sold dried in stores. The history tells us, that first banana to appear on the market in Toronto somewhere in between 1870s and 1880s. These red bananas are available year round at specialty markets and larger supermarkets in the United States. However, its official designation is Musa acuminata (AAA Group) “Red Dacca”. And it is recognized in English as Red dacca, Red banana, Claret banana, Cavendish banana "Cuban Red", Jamaican red banana, and Red cavendish banana. It is also recognized under a different number of common names depending on its growing region.

Red bananas should have a deep red or maroon rind when ripe, and are best eaten when unbruised and slightly soft. The red bananas are redder the fruit the more carotene and the higher the vitamin C level. The Red banana has more beta carotene and Vitamin C than Yellow banana varieties and contains three natural sources of sugar sucrose, fructose, and glucose, making them a source of instant and sustainable energy. The yellow bananas, red bananas will ripen in a few days at room temperature and are best stored outside refrigeration. So, I think it's good for us to look into different varieties of bananas. It's not like we're going to have the Cavendish forever. 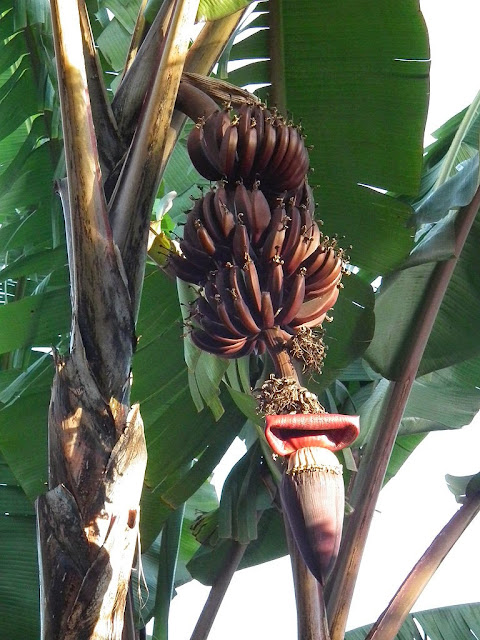 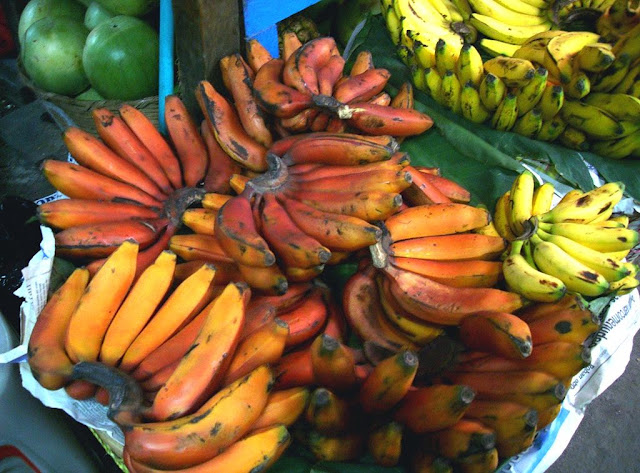 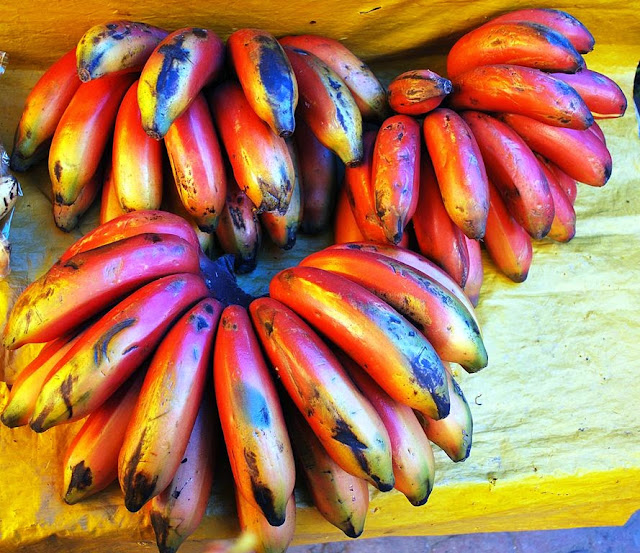 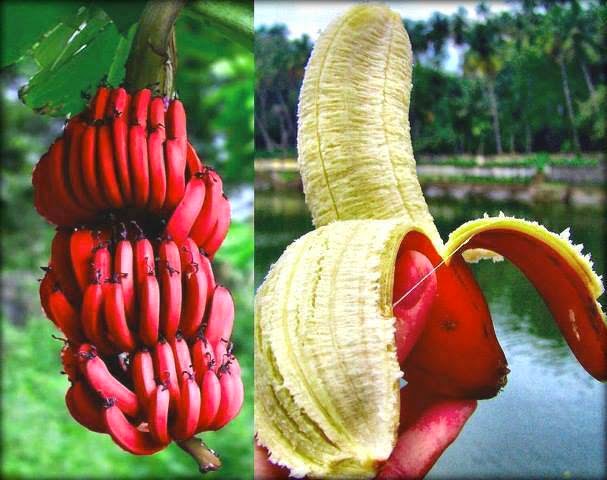 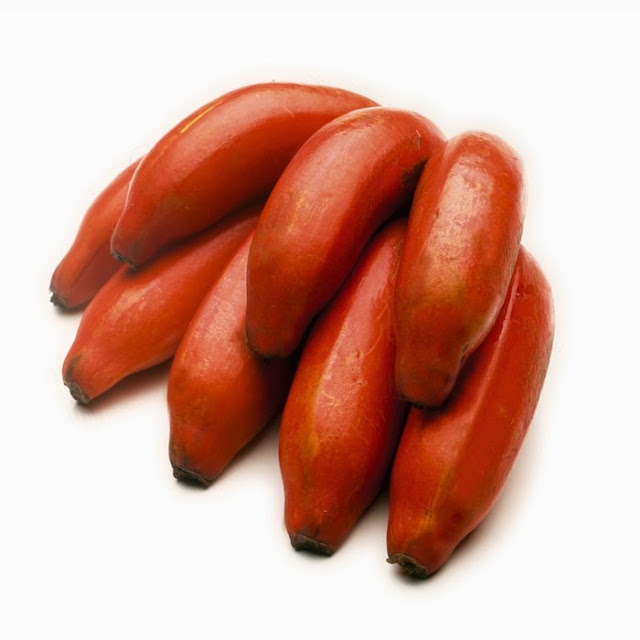 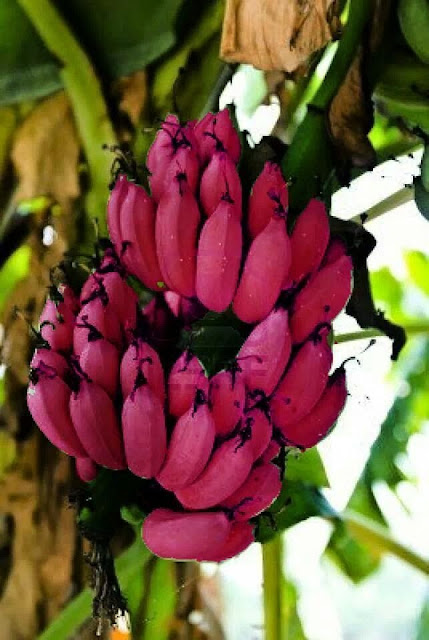 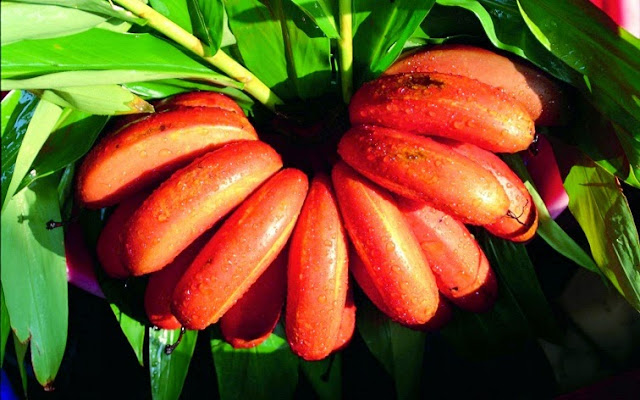