Why It's Easier to Succeed with Avocado Than You Might Think

Avocado (Persea americana) has been referred to as the most nutritious of all fruits. It has gained worldwide recognition and significant volume in international trade. This unique fruit has been appreciated and utilized for at least 9000 years in and near its center of origin in Meso-America.
The avocado tree, which is related to the laurel, grows in semitropical climates. Giant prehistoric ground sloths feasted on ripe avocados, rapidly packing masses of oily flesh into their mouths, and later defecating seeds with hardly a sense of their passing.
The famous Amazon plant specialist, Richard Spruce, wrote that he was acquainted with wild jaguars deep in the rain forest, that would sometimes gather around an avocado tree, "gnawing the fallen fruit and snarling over them as so many cats might do."
The Meso-American origin of avocado includes habitats from sea level to high altitudes exceeding 3000 m above sea level. It is covering a range of climates and soil types which gave rise to great genetic diversity and adaptability. Although avocado evolved within tropical latitudes, the moderating effect of altitude has strongly impacted on the gene pool.
The tropical highlands or borderline cool subtropical climates are equally well adapted to warm subtropical areas and dominates production in these regions. sometimes hybridized with Guatemalan ecotypes, is adapted to humid tropical lowland climates.
The fruit flesh, which is lower in oil but higher in sugar than Mexican and Guatemalan ecotypes, has a distinctly different flavor and dominates lowland tropical and semi-tropical growing areas.
The crop is mostly grown as seedling trees, which are generally managed from a lower technology base than the subtropical cultivars. However, superior cultivars are grown as grafted trees and continues to provide technology for production of West Indian and West Indian hybrid cultivars.
Avocado technology continues to advance at a rapid rate, resulting in a significant increase in the volume of this crop. The industry is currently struggling with the consequences of orchard intensification dictated by economic realities, with the technology required to meet this challenge. The first avocado introduction to California occurred before 1856, when a tree from Nicaragua, probably brought by a gold-rush participant, was observed growing near San Gabriel.
Water for Avocado
Avocado is a challenge to irrigate properly. Also, proper irrigation arrangement, with good quality water supplied to the trees through an efficient irrigation system, is a challenging requirement for all avocado groves. The further complication is the accumulation of salts in the soil through poor leaching.

The use of saline well water, saline surface water, or reclaimed water (if it is too salty) also reduces yields significantly and may not be sufficiently corrected with leaching. Despite these challenges, avocados can be successfully grown in if the grower and the irrigation are diligent. Missing a series of irrigation for one to two weeks may initiate fruit drop in trees and ruin the production for that year.
You know water plays a vital role in the photosynthesis reaction that creates the carbohydrates for growth and fruit production. Water is also important to produce Amino acids and proteins, vitamins, hormones, and enzymes. Water passing through the stomata in the leaf provides a cooling effect. An over‐heated leaf will usually shut down photosynthesis and may burn.

There are several ways to check the soil moisture content. Probably the oldest method is to manually check the water content in the soil using a trowel, shovel, or soil tube. A soil sample is removed by digging 8 to 16 inches deep in the wetted area of the root zone, and a ball of the soil is formed in the hand. The texture of soil that has about 50% available water remaining will feel as follows:
·         Coarse – appears almost dry, will form a ball that does not hold shape. As mentioned, in coarse soils, it is best not to let the soil get this dry. A ball of soil will just begin to fall apart when the soil moisture depletion approaches 30%.
·         Loam – forms a ball, somewhat moldable, will form a weak ribbon when squeezed between fingers, dark color.
·         Clay – So, forms a good ball and makes a ribbon an inch or so long, the dark color, slightly sticky.

Health Benefits of Avocado
· Lowers Blood Cholesterol. So, eating half an avocado every other day would probably support your own cholesterol drop some. Patients at the V.A. Hospital in Coral Gables, Florida ranging in age from 27 to 72 were given 1/2 to 1-1/4 avocados per day. Twice a week blood samples were taken. 50% of them showed a definite decrease in serum cholesterol from 8.7-42.8%.

·  Avocado-Chamomile for Psoriasis. A rather extraordinary twofold approach towards relieving the itchy misery of psoriasis is by eating half of an avocado daily and applying an extra-rich cream of chamomile flowers extract to the skin. The oils in the avocado will work internally towards the surface of the skin, soothing deep muscle inflammation. The avocado oils help the skin to literally repair itself from the damage done by psoriasis.

· An Ancient Mayan Beauty Secret. Semi-domestication of the avocado dates to pre-Columbian times, as the fruit was valued by both the Mayan and Aztec civilizations as evidenced by it appearing in their iconography. It is believed that these cultures actively selected for larger fruit sizes and improved eating quality.

While working at an archaeological site several years ago near the Honduran-Guatemalan border, Chorti women (descendants of the ancient Maya) rubbed their hair and bodies with oil to keep them soft and resilient. They were using avocado oil to keep their skin from getting burned by the hot, glaring sun and the rough elements of wind and rain. They even rubbed some on their lips to keep them nice and moist.

Some of the Chorti women seemed to be in their late 20's or early 30's. Most of them were in their mid-to-late fifties! Now a pretty good judge of age because of my training in anthropology, but their constant use of avocado oil sure fooled others about how old they were. You too can experience near ageless beauty again simply by using avocado oil in place of other lotions and creams.

·   Food Value, Vitamins, and Fatty Acids: One hundred grams of the avocado pulp can supply 20 g of oil, 6 g of carbohydrates and 2 g of protein. The pulp is a valuable source of carotene, niacin, pantothenic acid, pyroxidine, riboflavin, and thiamine. Avocado pulp is also a source of lesser quantities of vitamin K, folic acid, ascorbic acid, biotin, and tocopherol.
The Fatty acid composition of the lipids in avocado fruit vary with cultivar and other factors, but the the major fatty acid is always oleic, followed by palmitic and linoleic acids. Palmitoleic acid may or may not be present. The fatty acids in olive fruit are: oleic, 83%; linoleic, 7%; palmitic, 6%; and stearic, 4%.

The triglyceride content found in the avocado pulp and concurrent fall in water content. Linolenic acid being present in fruit weight and fatty acids are present in avocado pulp: linolenic, myristic, stearic, and arachidic.

·  Protein and Ash! Avocado pulp is richer in protein than that of other fruits but compared with meat, milk and some pulses cannot be considered a good source of protein. It contains higher amounts of free amino acids than other fruits.

The major ones being asparagine, aspartic acid, glutamine, and glutamic acid. Amino acids found in minor quantities in the flesh of ‘Fuerte’ were serine, threonine, alanine, valine, and cystine. All essential acids are present in the pulp.

Avocados were found to contain a relatively high amount of ash (1.0–1.4%), which was relatively rich in iron that was physiologically available to experimental rats, and thus was considered of potential value in preventing or curing anemia.

· Avocado is high nutritional food: it is very useful for unsaturated oils in promoting the health of the heart and circulatory system. Avocado oils used in cosmetics, where they are applied by themselves or in combination with other ingredients to soften the skin and improve its texture and appearance.

·    Avocado pulp is mashed up and applied as a facial and allergy treatment.
Avocado is also used in cooking, presumably because of off-flavors (i.e. bitterness) when the pulp is subjected to high temperatures. However, the use of avocado fruit in salads, sandwiches, ‘dips’ and cold soups like vichyssoise will serve to assure its continuing popularity.
·

Avocado Tree and Growth
The seedling trees' ecotypes, especially in their native rain-forest environments, can reach heights exceeding 15 to 30 m. However, are dwarfed to a varying extent, depending on root stock vigor and growing conditions. Cultivated avocado trees are mostly evergreen, despite the surprisingly short leaf longevity of 10–12 months. Some cultivars are more prone to defoliation just before flowering, especially in environments that impose stress, e.g. winter cold and drought, soil salinity, and root infection by Phytophthora cinnamomic.
Severe photoinhibition of leaves in winter may also hasten leaf senescence, aggravated by the loss of feeder roots accompanying heavy flowering. Avocado trees are capable of fast growth in height and spread, with 1 m per year not unusual in young trees in the moist subtropics. The wood is rather spongy due to the relatively thin-walled fibers caused by a rapid increase in branch thickness.
Branches bend without difficulty under the weight of fruit, and for a given thickness are not closely as strong as those of citrus. Avocado trees are more likely to be semi-deciduous, store more carbohydrates in autumn and winter but use more in spring, and be more reliant on stored carbohydrate reserves in relation to photosynthate than in the warm, moist subtropics.
Vegetative Growth Flushes
The avocado trees characteristically have a rounded canopy with dense foliage. Growth form though varies from upright to rounding to spreading. The most polyaxial evergreens, shoot growth in mature trees is harmonized into flushes of varying vigor, duration, and extent.
In the moist, summer-rainfall subtropics, bearing trees are characterized by a spring growth flush which starts during flowering and peaks in early summer. The proportion of terminal and sub-terminal shoots in active growth then reduces to a low level, to be followed by a second (summer and early autumn) growth flush. In climates such as those of southern California, the spring flush may end earlier, allowing an early summer flush and an autumn flush.
The avocado tree abscisses, perhaps through the activity of the periderm, most of its lateral buds at about 1 year of age or sooner, except at the intercalation. The pruning cut back to the earlier intercalation in autumn will release the growth of the ring of buds and upsurge shoot complexity. The loss of axillary buds affects graft wood selection and is a reason for the widespread use of grafting rather than budding in avocado propagation.
The persisting intercalary buds at the ‘bud ring’ between shoot, flushes grow sufficiently each year to keep their meristems at the bark surface. They may subsequently sprout after severe pruning or branch bending. Avocado leaves expand to full size in about 30 days.

A Quick Laxative Recipe
One famous recipe uses ripe avocados regularly as a fast-acting laxative. So, peel two of them and mash the meat up good in a dish, adding a little kelp, 3 tbsp. apple cider vinegar, and 1 tsp. lemon juice. After mixing them together, spread the mixture on some sprouted cracked wheat or pumpernickel bread and eat it.
Not only does it make incredibly delicious sandwiches, but usually within just a couple of hours or less, it will promote a vigorous bowel movement. Hence, too seldom ever has constipation as a result of even above the ’60's.
Another Avocado Recipe
The Ultimate Guacamole Dip Needed: 4 large peeled, pitted avocados; 7 tsp. peeled, grated onion; 1/8 tsp. cayenne (optional); 1/2 tsp kelp; two 8 oz. cans of peeled tomatoes; 4 tbsp. plain yogurt; 1/2 tsp. lemon juice; 1/2 tsp.
Worcestershire sauce. Mash all the ingredients together in a large mixing bowl and whip until well-blended and smooth. Chill before serving. Use natural corn chips from your local health food store for dipping.
Also Read: 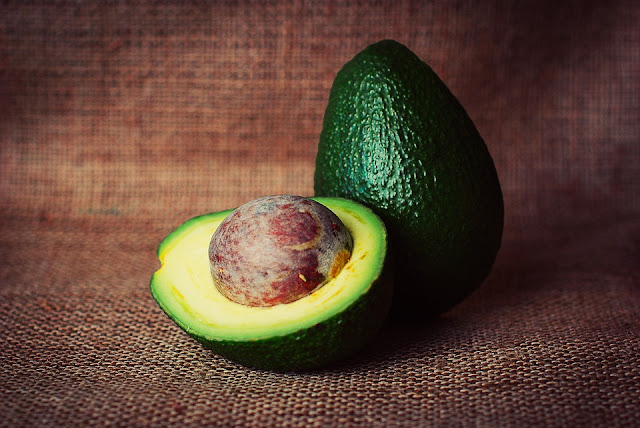