Cerbera odollam is a dicotyledonous angiosperm, commonly known as suicide tree. The tree is also called pong-pong and othalanga and this plant belongs to poisonous Apocynaceae family. The plant yields a potent poison that has been used for suicide and murder, which includes the yellow and common oleanders. The seeds are excessively toxic, containing cerberin as the main active cardenolide and cardiac glycoside toxin that block the calcium ion channels in heart muscle, causing disruption of the heartbeat, most habitually fatally. The plant native to sub-continent mainly endemic to India and other parts of southern Asia growing preferentially in coastal salt swamps and in marshy areas and grown as a hedge plant between home compounds and it grows wild along the coast in many parts of Kerala, India. Therefore, Cerberin is incredibly toxic in relatively low dosages, habitually killing its victims within a few hours, during which time they may suffer crippling stomach pain, diarrhea, irregular heart rhythm, vomiting and sometimes a splitting headache. The plant is growing upwards of 30 feet tall and no plant in the world is responsible for as many deaths by suicide as the odollam tree.

A similar species found in Madagascar named “Cerbera Venenifera”, has a rich history of ordeal poison, major cause of more than 3000 deaths per year in previous centuries. As this is powerful toxic plan currently completely ignored by researchers, chemists, analysts. The Cerbera odollam plant is responsible for about 50% of the plant poisoning cases and 10% of the total poisoning cases in Kerala, India, used both for suicide and homicide. There were over 500 cases reported of fatal Cerbera poisoning between 1989 and 1999 in the Kerala State. It is also likely that several cases of homicide using the plant go unnoticed in countries where it does not grow naturally.

Researchers have found its fruits are used for manufacturing bio insecticides and deodorants and using the seeds as a feedstock in the production of biodiesel. Cerbera odollam is having close resemblance to oleander; another highly toxic plant from the same family yields milky, white latex. The tree unripe fruits looks like small mango with a green fibrous shell enclosing an ovoid kernel measuring about 2cm x 1.5cm with two cross-matching white fleshy halves. Therefore, with the change of weather, on exposure to air, the white kernel turns violet, then dark grey, and ultimately brown, or black. French researchers performed a study in 2004 that indicated that the suicide tree may be responsible for more deaths than even the incredible amount already known. It is very quick and more painless than other available methods of suicide. 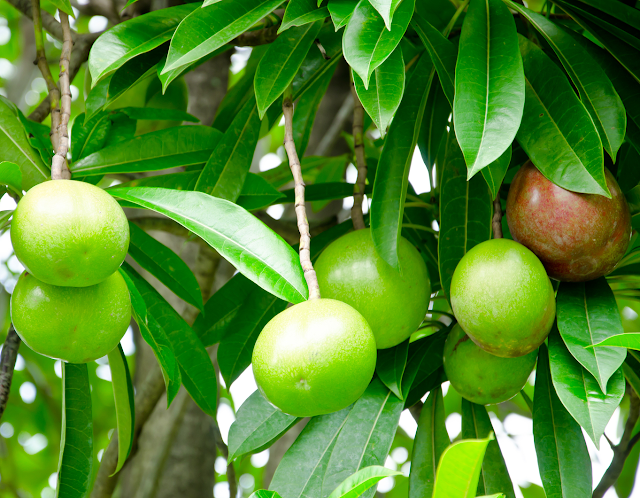 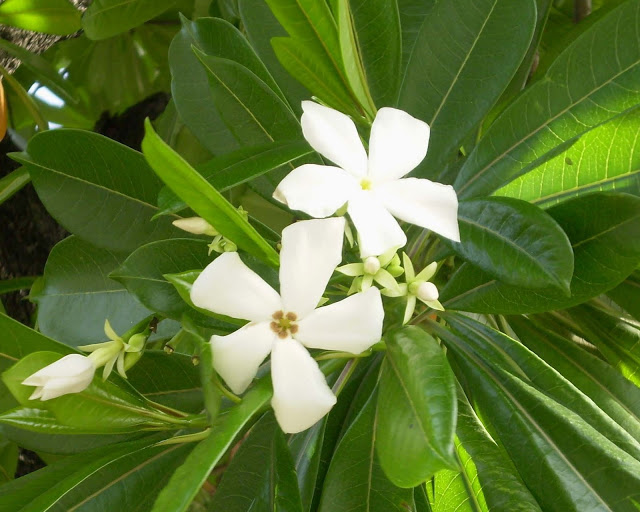 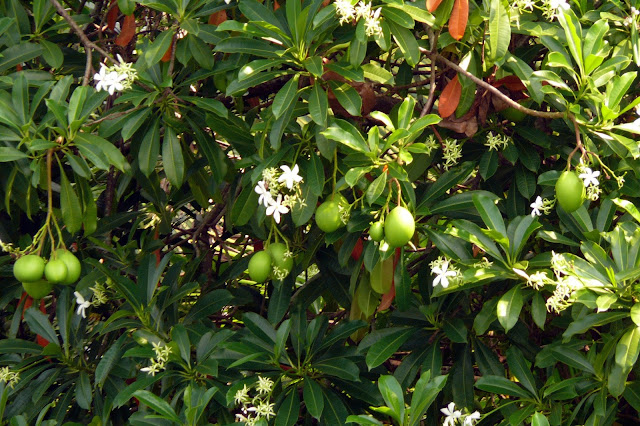 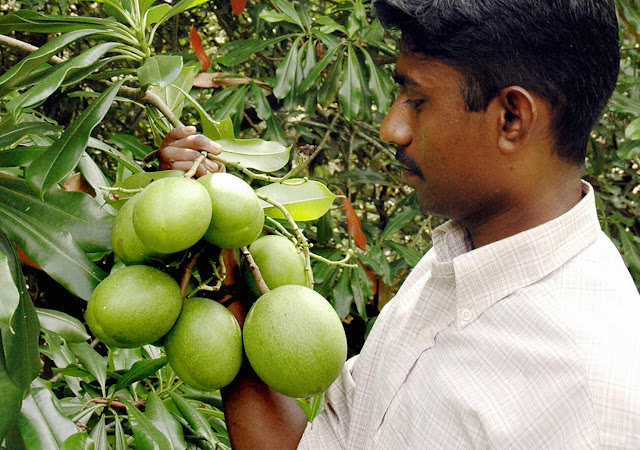 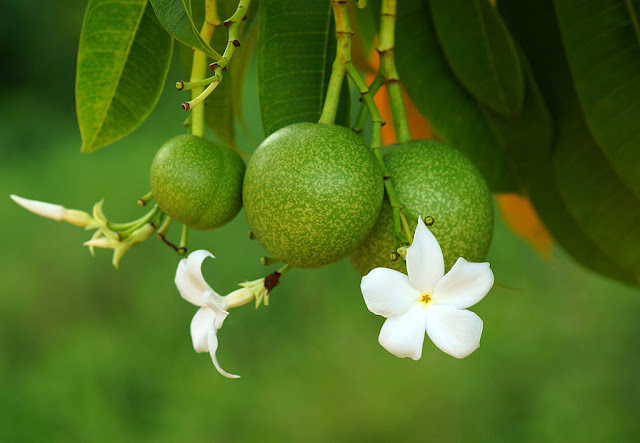